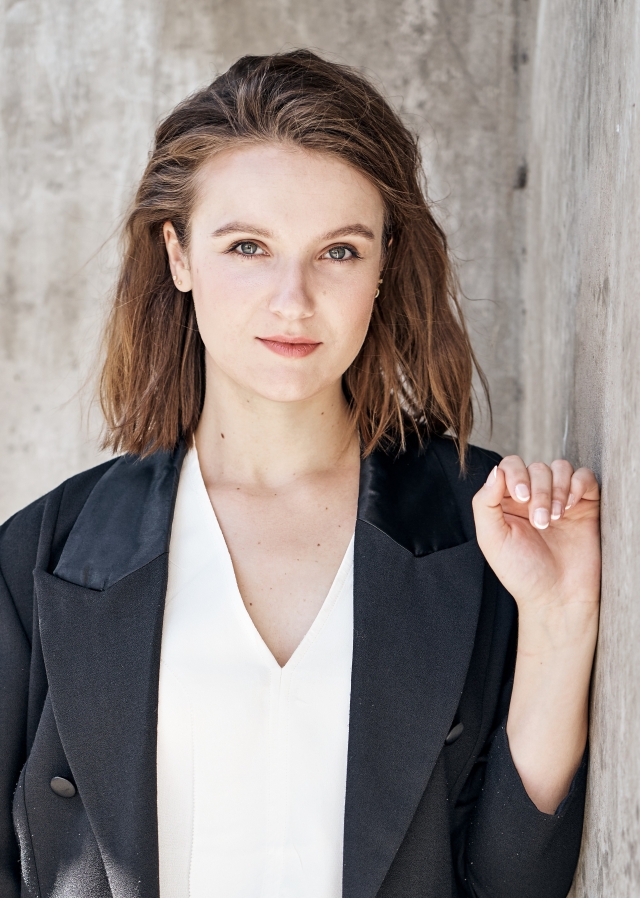 Dutch mezzo-soprano Aimée Sophie Hautvast studied at the Royal Conservatory in The Hague (NL) and graduated in 2018 (Bachelor degree) and in 2020 (Master degree), where she was a student of Catrin Wyn-Davis. Currently she takes lessons from Eva-Maria Westbroek & Frank van Aken.

Aimée participated in several opera productions as a soloist and as a member of the opera choir. These performances include productions of the New Generation Festival in Florence (Italy), the Dutch National Opera Academy, the Royal Conservatory of The Hague and of the Pelagian Opera Festival in Kent (Great-Britain). The roles she sang include, amongst others, Zweite and Dritte Dame in Mozart’s Die Zauberflöte and the role of Sally in A Hand of Bridge by Samuel Barber.

She also sang in several choir productions. Amongst them were two productions with the Dutch Radio Philharmonisch Orkest and the Dutch Groot Omroepkoor: Brahms’ Ein Deutsches Requiem, conducted by Bernard Haitink and Verdi’s Nabucco, conducted by Giancarlo Andretta.